Skip to content
You are here:HomeTechnology Forrester claims the IT industry will recover best in Europe 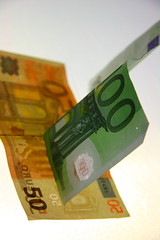 According to a new report by Forrester Research, Inc. the technology sector will see a recovery in 2010 as businesses and governments in the US and around the world begin spending again on information technology. After declining 8.2 percent in 2009, US IT spending will grow 6.6 percent in 2010 to $568 billion. Global IT spending, which dropped 8.9 percent last year, will rise 8.1 percent in 2010 to more than $1.6 trillion.

The technology downturn of 2008 and 2009 is unofficially over

Andrew Bartels, Forrester Research vice president and principal analyst claims the downturn for the IT sector is over

“All the pieces are in place for a 2010 tech spending rebound. In the US, the tech recovery will be much stronger than the overall economic recovery, with technology spending growing at more than twice the rate of gross domestic product (GDP) this year.” (Andrew Bartels, Forrester Research)

On a regional basis, Europe will be the strongest performing region. Measured in US dollars, the strongest growth in 2010 will be in Western and Central Europe, where tech purchases will rise by 11.2 percent, boosted by the dollar’s decline against the euro. IT purchases in Canada will grow by 9.9 percent, Asia Pacific by 7.8 percent, and Latin America by 7.7 percent. The weakest market will be Eastern Europe, the Middle East, and Africa, rising by just 2.4 percent. When measured against local currency, however, the US will actually post the strongest growth of all the regional tech markets.

New technologies will boost the growth

At the beginning of 2010 the market is supposed to slightly recover. By the end of 2010 Forrester predicts exponential growth.

“We are entering a new six- to seven-year cycle of IT growth and innovation that Forrester calls Smart Computing,” said Bartels.

This growth of the IT industry is being driven by new technologies such as service-oriented architecture, server and storage virtualization, cloud computing, and unified communications.

We feel a similar trend

Based on our sales funnel and the amount of clients we are talking to we feel a similar trend which started in the 4th quarter of 2009. The future looks bright! We are curious whether or not our forecast “The 5 major IT outsourcing trends in 2010” will appear to be right.

What are dark patterns?  A dark pattern is a user interface that has been intentionally designed to deceive or mislead users. Examples of dark patterns include hidden opt-out buttons, misleading … END_OF_DOCUMENT_TOKEN_TO_BE_REPLACED

In our Aspire Systems family, as in any family, atmosphere plays an important role. A house is where we feel comfortable and cozy. An office where we spend one-third of … END_OF_DOCUMENT_TOKEN_TO_BE_REPLACED

On a wonderful day in September, I had the opportunity to participate in the fantastic Summer Party event for the first time. The event was all about sustaining team spirit, … END_OF_DOCUMENT_TOKEN_TO_BE_REPLACED

SD-WAN allows us to create an efficient network resilient to connectivity issues between our office and cloud services, e.g., AWS, Azure, GPC. In short, it provides continuous access to critical … END_OF_DOCUMENT_TOKEN_TO_BE_REPLACED

Nowadays, during a recruitment interview, the most common answer if asked about hobbies is sports. On the one hand, the recruiter must have heard it thousands of times; on the … END_OF_DOCUMENT_TOKEN_TO_BE_REPLACED